There’s Something About Whiskey

Hello blog readers, whiskey drinker, beer buffs, internet browsers, and everyone in between. I’m Sophie, and when I’m not writing blogs and replying to emails, you can usually find me thinking about Whiskey. Whiskey seems to hold inherent Irish value and spirit, and the recent increase in global demand for Irish Whiskey comes as no big surprise. In an age where we feel increasingly disconnected from one another, Irish Whiskey provides a feeling of connection to something bigger – something wholesome and representing Irish history and culture. Blacks Distillery Founders Club captures this essence perfectly, with the chance to invest in your very own Whiskey Cask. Your name will be stencilled on to your individualised cask, and you will gain membership in a community of founding members. Founders Club Info 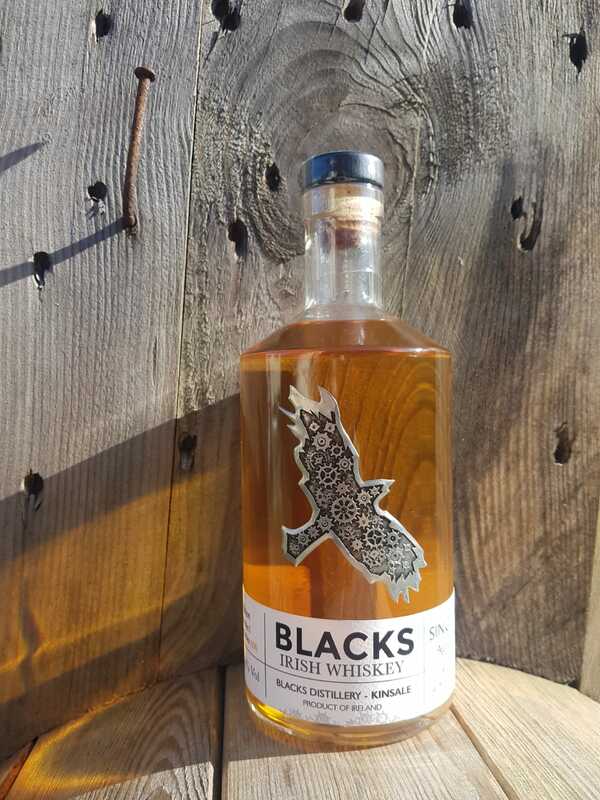 The Irish Spirits Association report that Irish Whiskey is becoming a world leader, as the fastest growing spirits category, and it is predicted that exports will exceed the 2020 target set by the Irish Whiskey Association of 12 million cases. Whiskey makes up 42% of Ireland’s beverage exports, and global value of premium Irish Whiskey is on the rise.

I’m sure it comes as no surprise to anyone vaguely familiar with the Irish drinks scene that Premium Irish Whiskey and Gin are the fastest growing spirits in the country. The 2017 Irish Spirits Report found that Premium Irish Whiskey Sales were up 40% in 2017, and this growth has only increased since. Regular old run of the mill whiskey is no longer enough for the diligent Irish market who recognise the importance in making thoughtful choices, as they opt for higher quality drinks. Premium Irish Whiskey ticks all the boxes. There is something about Whiskey. As it swirls around the glass it echoes Irish heritage – even in the hands of the most modern Irish Whiskey drinker. Providing an inimitable experience to the nose, the palate, and – most importantly- the soul, there is simply no substitute for Premium Irish Whiskey.

It isn’t all sunshine and rainbows in the world of whiskey, however, with experts predicting Irish Whiskey shortages. Despite the poetically named Irish Whiskey Renaissance, and surge in distilleries popping across the island, it is predicted that producers will struggle to keep up with increasing demands. The Irish Times  have reported the concerns of whiskey tycoon John Teeling, amidst the increased demand for Irish Whiskey globally. The Irish Whiskey Association have announced plans to double their 2020 target of 12 million nine-litre cases of spirits sold globally by 2020, to 24 million by 2030. The industry is certainly facing challenges in supplying market demands, but the very nature of the Whiskey production process as involving lengthy maturation,  means over the coming years, we will see the products of newer distilleries entering the market.

So you’re thinking; “Sure, I love Whiskey, but how is any of this really going to impact me?” Well, curious reader, we are offering an opportunity for you to get involved in Premium Irish Whiskey production and sales (And of course, the most enjoyable aspect – consumption!).At Blacks, we are preparing for our distillery expansion, later in 2019, and the arrival of two new Whiskey stills which will allow us to make Blacks Pot Stilled Single Malt Premium Irish Whiskey, right here in Kinsale. Our Distillery Founders Club, which will in part fund the distillery expansion, is the opportunity to secure your very own cask of Irish Whiskey.

The first 500 casks of 2020 production are available through The Founders Club, to be personalised for each investor, and once filled will mature for 5 years. After 5 years, investors have several options. As an investor and founding member you may have your own label Whiskey bottled – with your name, unique cask number, and batch number- to give as gifts, keep for yourself to enjoy, or to sell on the second-hand whiskey market. You may also opt to have your cask stored for longer, allowing to to age further. Or, if you like Whiskey, but are more interested in a smart investment, you can choose to sell the entire cask back to the distillery at a 4% annually compounding interest rate.

With consumers becoming increasingly aware of health and wellbeing, it makes sense that we are seeing a move towards premium products. The sophistication and consumer appreciation of flavour and quality surrounding Premium Irish Whiskey consumption are becoming a significant aspect of Irishs drinking culture. It is simply no longer good enough to pick up any old bottle of spirits from the local shop. Consumers are craving personalisation and innovation in the products from the products they love.

Even though alcohol consumption is seeing an overall decline in the US, the consumption of Irish Whiskey is steadily increasing. The Irish Time report data from International Wine and Spirits Research (IWSR) that alcohol the decrease in alcohol consumption in the US during 2017 was double that of the previous year. What is most interesting, however, is that Irish Whiskey sales enjoyed an increase of 3.9%, as the leading spirit sold. These figures are steadily increasing.  In early 2019, Bord Bia reported that Irish alcohol drinks exports were worth 1.25bn the previous year, with the US market for Irish Whiskey growing by over 10%. These figures are reflected in the domestic and european markets, with a sustained growth of 16% in Europe.
For more information email me: sophie@blacksbrewery.com